Charlie was a stray dog living on the kindness of strangers. He loved people even though he was found in a “ho.rri.ble place” known for being a dumping ground for unwanted and unloved dogs. 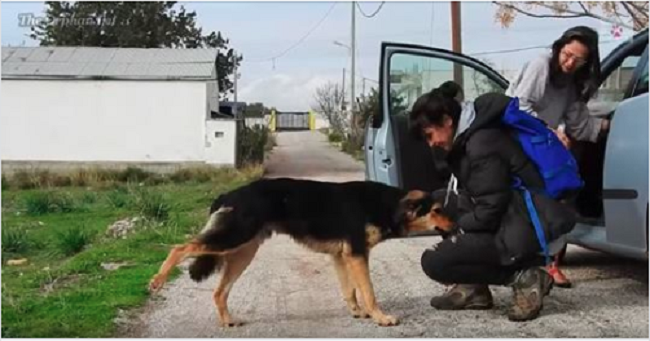 But one fateful day, three rescuers arrived and his life was about to change.

“Apsropyrgos is an industrial suburb in the outskirts of Athens, and a wasteland. Ellie, Laura and I spent a whole day there, going around with a local volunteer who rescues, feeds and cares for dozens of stray dog,” wrote Valia with the Orphan Pet.

“One of them was Charlie, who had just been a.ban.don.ed there and was too loving to ignore. He just begged us to take him with us and we did.”

Watch the video below to hear the rest of Charlie’s rescue story, as told by “Charlie”. Says Valia, “Charlie is a dog, that if he could speak, he would.

You can almost hear his voice, when he looks at you with his beautiful, huge eyes, so I had him tell his own story. Animals deserve to have their own voice anyway.”