When the Humane Society of the United States first met Duffy, he was slumped on the floor of a dark and disgustingly dirty room in a puppy mill. His fur was matted, and he was unable to walk. I got choked up when he plaintively lifts a paw to one of his rescuers. 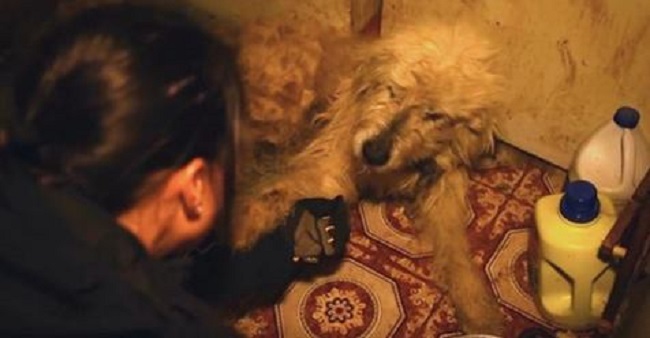 When his rescuers carried him away, they weren’t sure if he would survive let alone stand up again. But Duffy proved them wrong. Now, he’s living in a home filled with the compassion he craved when he first reached a paw out to his rescuer.