Anyone who has a dog knows that they require a lot of love and attention.

Although we all want a companion who will love us unconditionally, it’s not something we should jump into without thinking about.

When you adopt a dog, you need to be ready to care for it for the rest of its life. 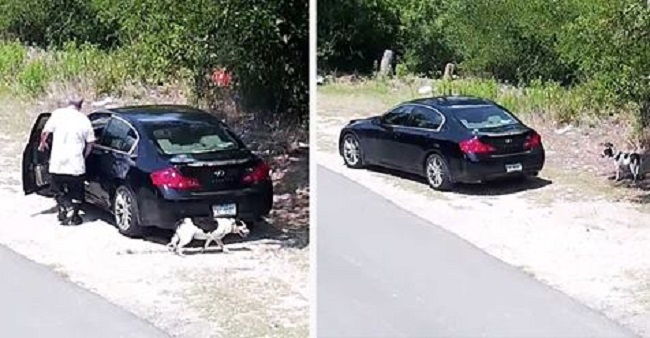 Unfortunately, not everyone thinks the same way when it comes to pet adoptions. Many end up giving up or a.ban.don.ing their animals.

That was the case in this story out of Dallas, Texas.

The story began when security cameras caught some suspicious footage.

On the gravel shoulder of Dowdy Ferry Road in Dallas, a car pulled off and someone got out with a small dog on a leash.

Once the dog was out of the car, the man got back in and drove off without looking back, leaving the poor animal stranded on the side of the road.

The event happened on August 4th and by September 11th, the SPCA of Texas had issued an arrest warrant for the man in the video. 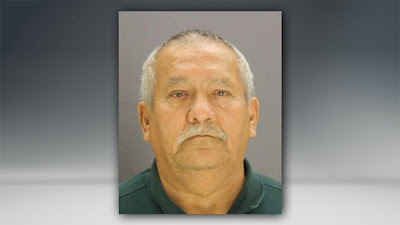 The man was identified as George Spears, a local resident of the area.

Still, the police didn’t have to actually find Spears—he turned himself in later that same day. When asked why he did what he did, he simply said that he was “trying to help his sister by getting rid of the dog because the sister was unable to control her.”

Regardless of the reason, the dog was safely recovered by SPCA rescuers.The rescuers renamed the little pup Claira-Belle and took her in safely. Little did they know that Claira-Belle would soon have yet another new name—that’s because a new family quickly volunteered to take her in! 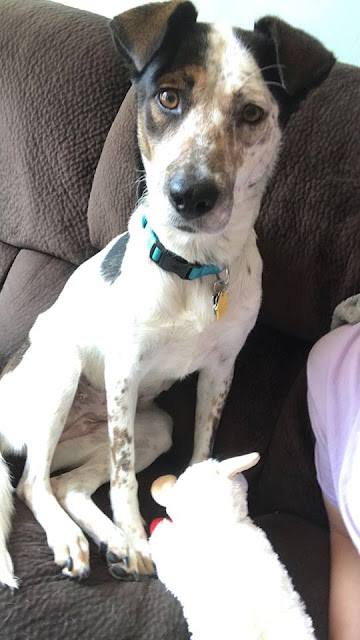 The adorable pup was renamed KD and now lives happily with her new family.

“Here’s an update on this sweet puppy!! Claira-Belle (Now KD) is doing extremely well in her new home! She is quite possibly the sweetest dog I have ever met. From the time we got home on Saturday to now, KD has brought so much love into my home already.

She enjoys cuddling on the couch, watching tv, and going for walks around the neighborhood. She is extremely calm and just wants to love everyone she meets. I was a little nervous about how she would adjust to her new surroundings because she was so timid in the shelter, but this beautiful girl has blown me away.

Thank you to the people who rescued her and to the SPCA who brought us together. My heart is so so full of love and gratitude!!” 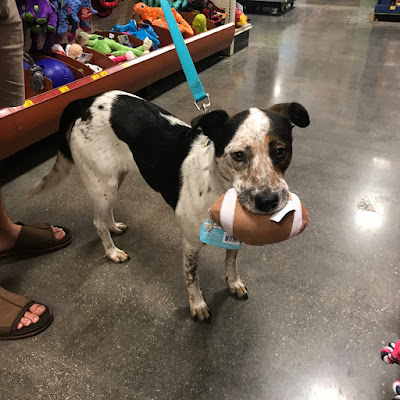 Although this story has a tragic beginning, it also has a happy ending.

Animal c.r.u.e.l.t.y is always unnecessary when it happens, as this story illustrates. Bad situations do arise when a family can’t care for a pet.

In those situations, it’s best to go through the proper channels by giving the dog to a friend or another family. Even better, don’t adopt unless you’re sure you can give your puppy all the love and care it deserves.