Earlier this month, a rhesus macaque monkey adopted a puppy in Rode, India. 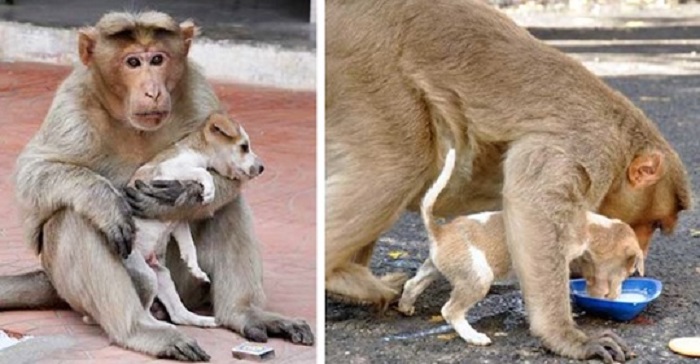 After watching the monkey defend the little dog from strays, the locals were so impressed that they set out food for the two unusual companions. To everyone’s surprise, the monkey was so compassionate that it even let the dog eat first!

“People who have seen them spoke of their strong mutual affection and described their bond as the most caring thing in the world — to take care of a puppy in danger and protect him like a parent,” reports Zee News. “Their undying affection gives us a valuable lesson about relationships.”

This puppy was rescued by a monkey 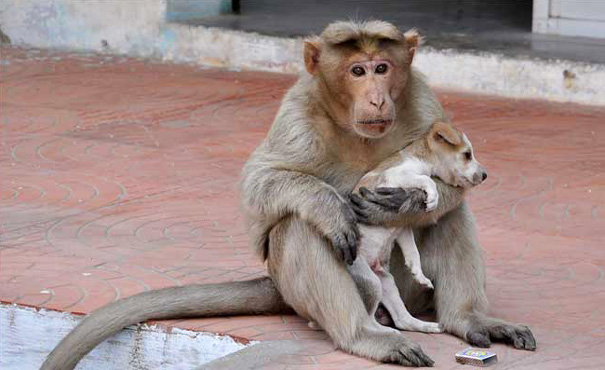 It defended it from stray dogs 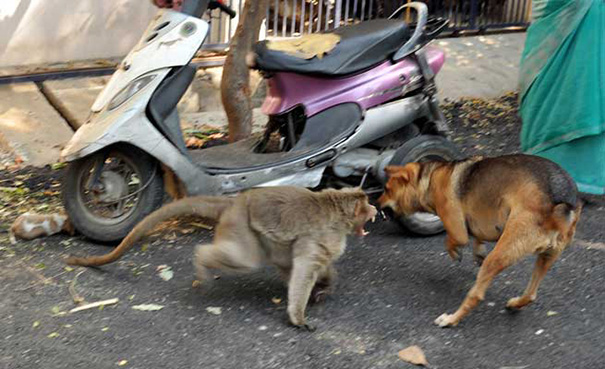 It even fed the puppy, allowing it to eat first! 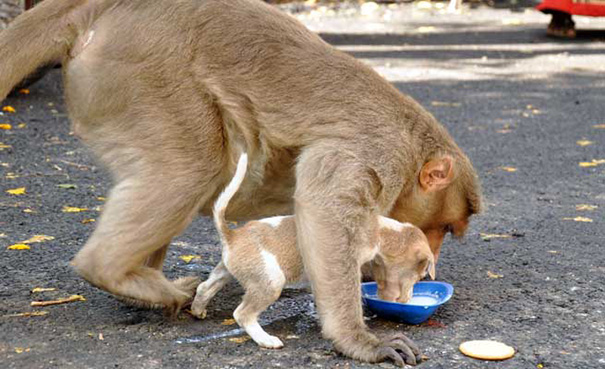 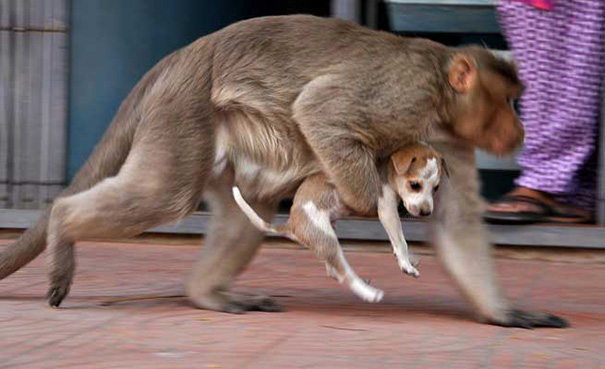 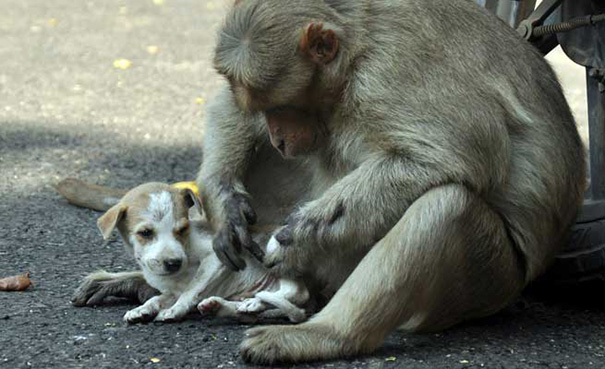 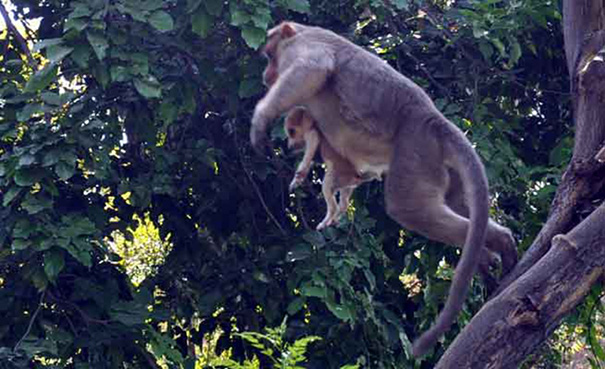 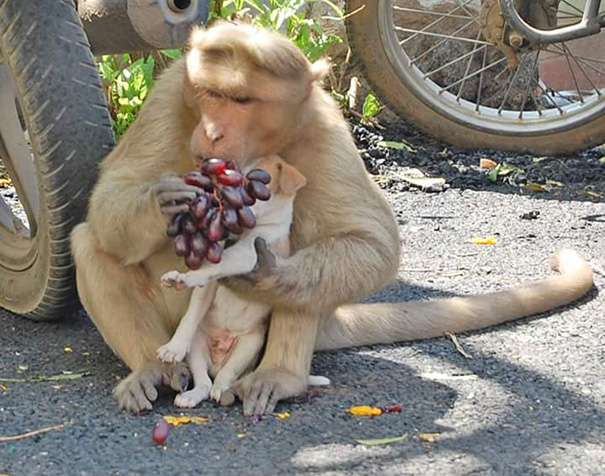 The locals were so impressed, that they started leaving food out for them 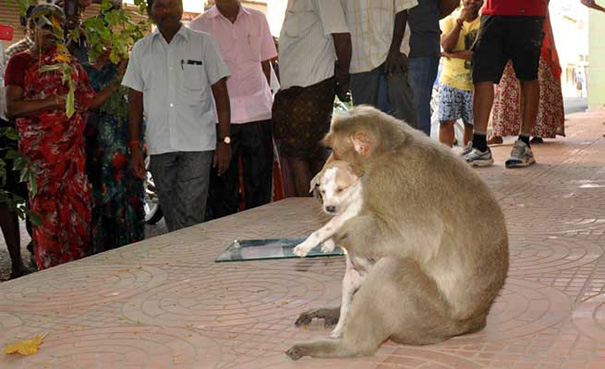 “Their undying affection gives us a valuable lesson about relationships” 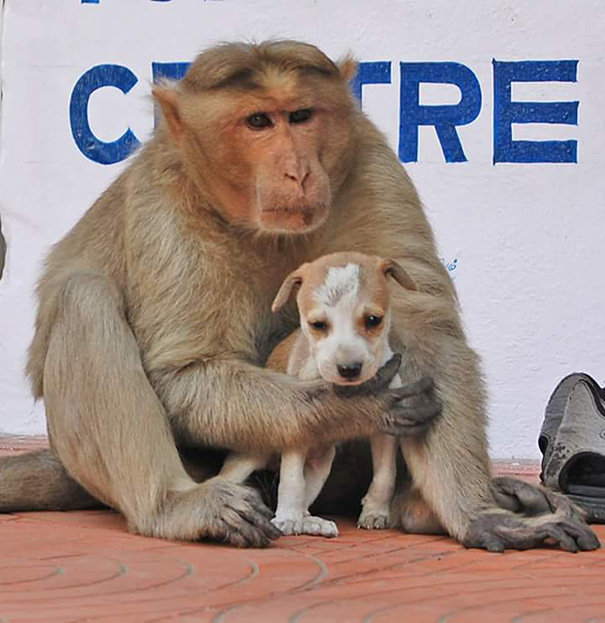