The story of any animal being rescued is enough to pull on your heartstrings, but this little guy has a truly unique story. Unlike other dogs, this sweetheart was a.ban.don.ed as a newborn.

Since he was fresh out of the womb when he was left out on the street, he faced different challenges than most dogs. His story of finding a forever home will warm your heart. 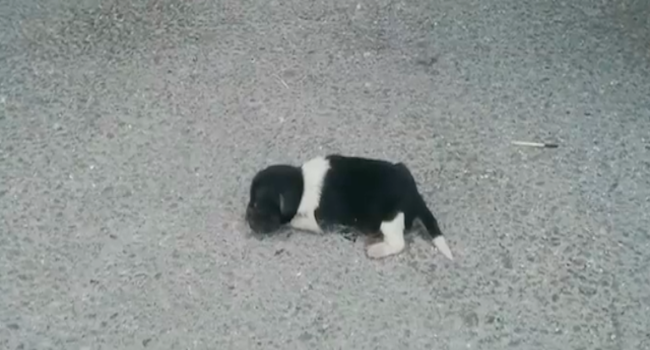 Joy was just a teeny puppy when his owners left him for dead on a sidewalk in Romania. When the rescuers from Howl of a Dog found him, they knew they had to take him in.

It was heartbreaking to see this lost soul, crying and alone. With a little love and care, Joy was able to become a wonderful pet.

Newborn puppies face different challenges than puppies that are a.ban.don.ed in a later stage of development. Joy was still blind and deaf when he felt his feet hit the hard sidewalk.

He didn’t have his teeth yet, either. Since puppies this young aren’t able to maintain their body temperature on their own, rehabilitating this little guy required extra attention. 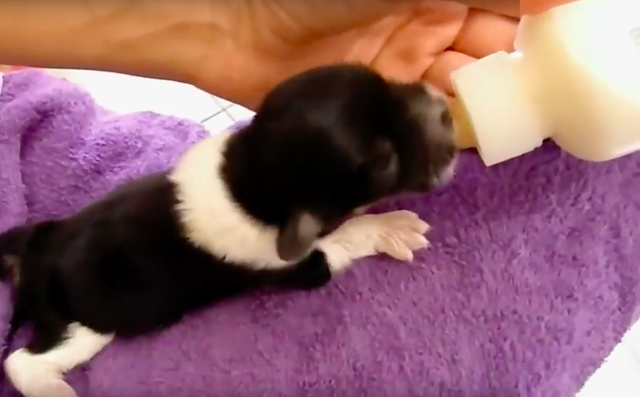 It was all worth it in the end. As Joy grew bigger and stronger, his caretakers thoroughly enjoyed his loving demeanor. By the end of his first week in his new life, this pup was eagerly sipping milk out of a baby bottle. He was even used to being held and interacting with his humans.

Like all young puppies, Joy spent most of his time sleeping. By his third week with his rescuing family, he had made a best friend. A white Siberian tiger stuffed animal accompanied him on his adventures.

As Joy continued to grow bigger with each passing day, it became apparent that he would fit right in with his new family. It was time to introduce him to the other dogs. 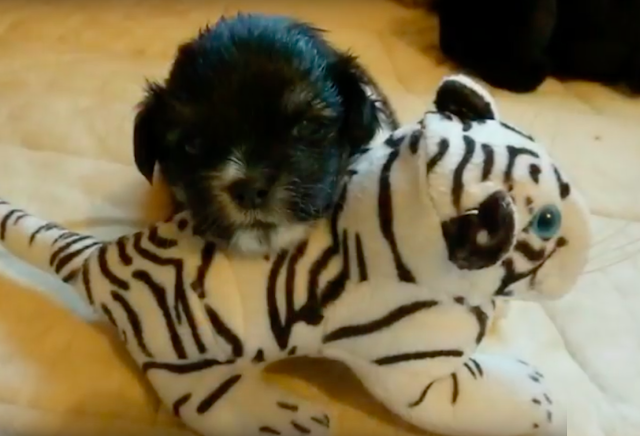 This puppy was a pip squeak compared to his big brothers. They absolutely adored his adventurous attitude, playing with him and letting him climb all over them. Joy was shaping up to be a treasured part of the pack.

Finally, a few weeks before Christmas, the team at Howl of a Dog received wonderful news: Joy had found a forever home. “A family from the Netherlands fell in love with Joy and wanted to adopt him,” the organization shared. Needless to say, this pup was thrilled to go home to a family of his own. 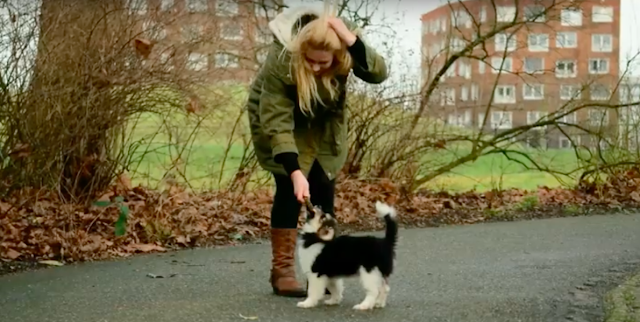 “They were so eager to meet Joy, that they couldn’t wait another day,” rescuers reported. “They decided to drive across Europe to personally pick him up.” With that kind of dedication, it was clear that this was the right family for the dog.

The rescuers met the adoptive parents halfway through the continent, in Vienna. They brought along Joy’s favorite toy, which the puppy would keep by his side as a source of comfort as he entered his new life. 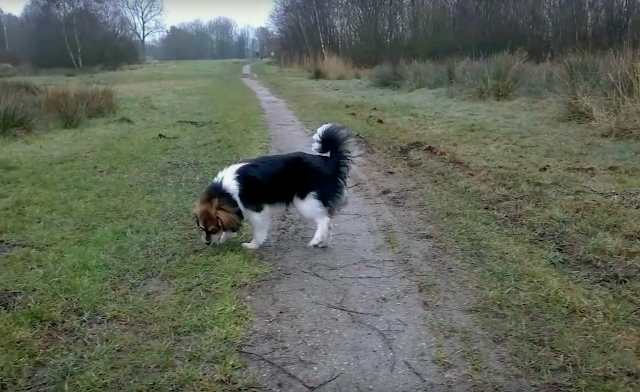 Joy’s new family couldn’t be happier to have him. This once-a.ban.don.ed puppy has become an essential part of the family. It is heartwarming to see him frolic and play at his new home.

Joy’s story reminds us what we can do when we give a little love.  Please SHARE this with your friends and family.