A street dog who was found unconscious on the side of the street, unresponsive to sound and even touch, has made a wonderful recovery.

Animal Aid Unlimited got a call and arrived to find the dog lying down and not moving. “We believe he had been hit on the head and suffered an injury to his brain,” they wrote. 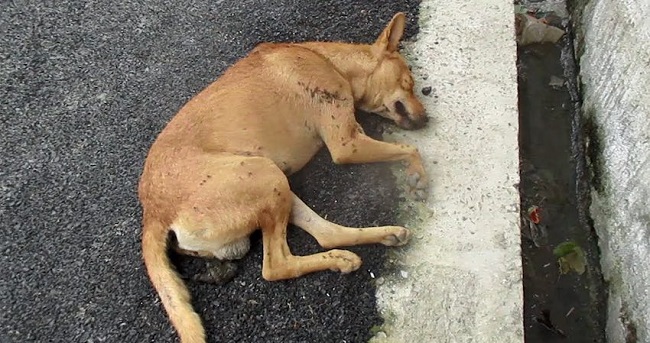 “We rushed him back to Animal Aid’s shelter and began his treatment, very worried that he may never regain consciousness.”

Chestnut remained unconscious for 24 hours…but then he woke up!

“On the street, this sweet boy didn’t stand a chance,” his rescuers wrote. “His recovery was long, and so successful!”

Watch Chestnut’s inspiring recovery in the video below.